OnePlus is no stranger to making fantastic audio products such as the OnePlus Buds Pro and the immensely popular OnePlus Buds Z. The device we are reviewing here is the successor to the latter and is dubbed the OnePlus Buds Z2. Priced at the sweet spot under 5K, these earbuds feature a variety of improvements and additions over their predecessor including extended battery life, bigger drivers, and Active Noise Cancellation support. Nevertheless, due to the popularity of this price segment, the OnePlus Buds Z2 is also faced with its fair share of competitors. The OnePlus Buds Z2 are extremely feature-laden TWS earbuds on paper and have a lot going for them at Rs 4,999. But when faced with stellar competitors such as the Nothing Ear 1 and the Sony WF-C500, do these buds do enough to be worth your hard-earned money? Let’s find out that and more in this review. 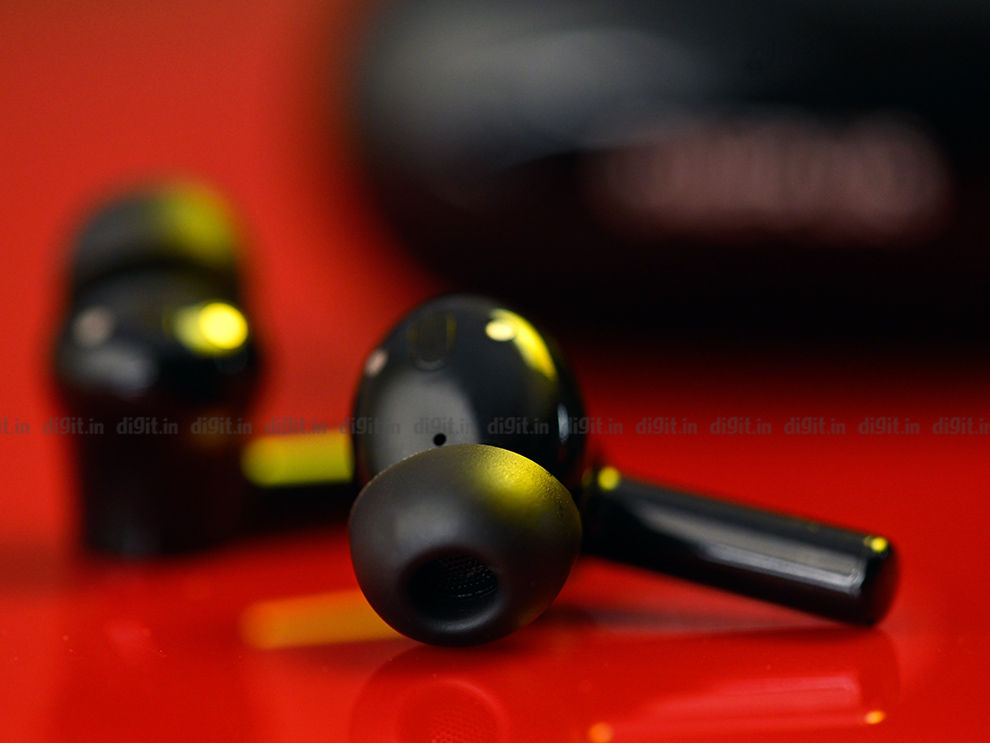 Featuring a lightweight build with the earbuds weighing merely 4.6g, the OnePlus Buds Z2 is an excellent option to use on the go. The earbuds come in two colour options – Obsidian Black and Pearl While and we got the former for review. The earbuds have a glossy finish with long stems and a CD-like design on the back of the buds that doubles as the touch control zone. Although the stems are pretty long in general, they are 15 per cent shorter than the OnePlus Buds Z. They’re not the most robust feeling earphones and do feel slightly cheap to the touch. 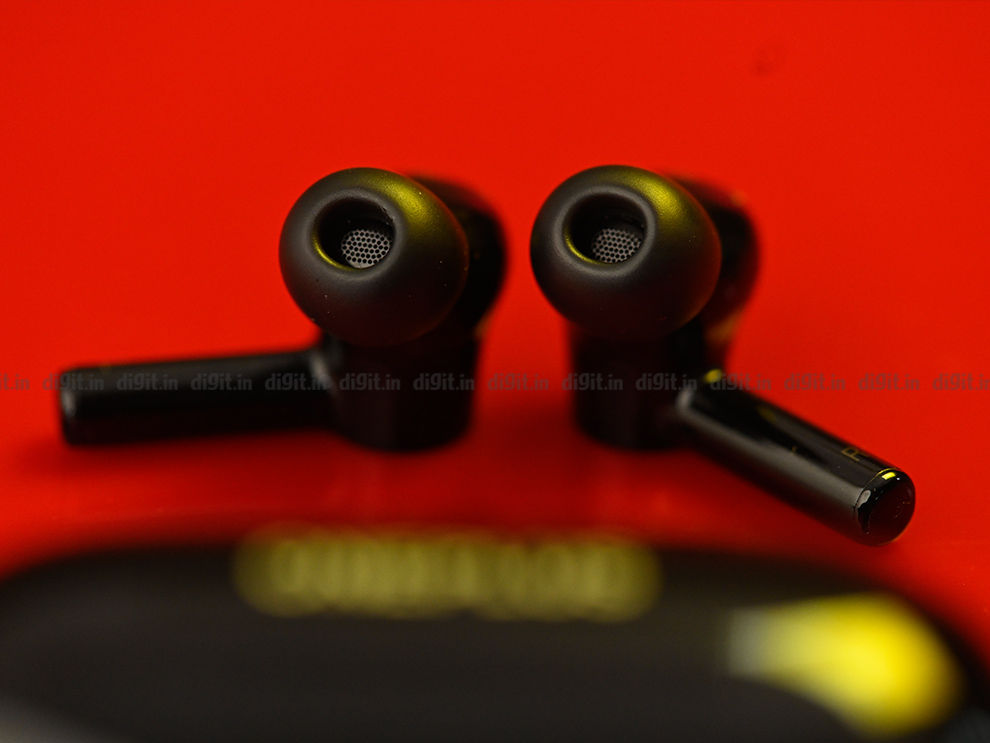 However, the earbuds are pretty comfortable to wear and provide a secure enough fit. The fit is about as good as the Nothing Ear 1 but the Sony WF-C500 feels much more comfortable and secure in the ear. OnePlus provides you with two additional silicone ear tips as well, so you can use whatever fits best. The touch controls on the back are pretty easy to find and are accurate enough, although there were some instances of mistaps or misreadings. 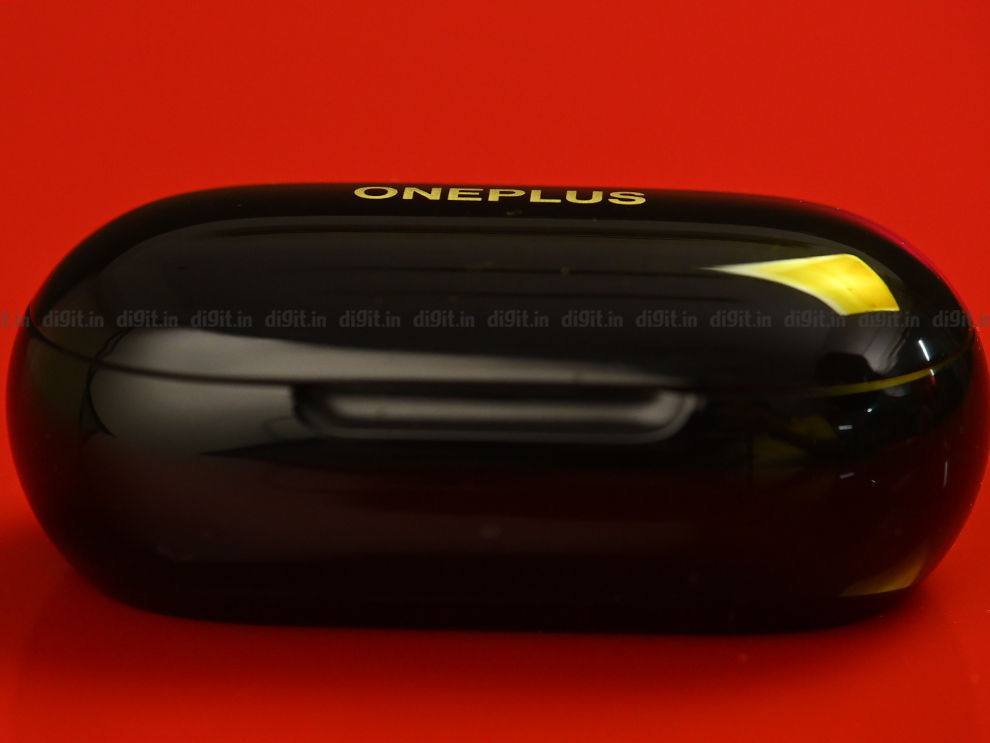 As for the charging case, the earbuds sit snugly in a pill-shaped case that is extremely easy to carry around. It has the same glossy black finish as the buds and a large OnePlus logo on the lid. The front features an LED indicator light while the back houses the USB Type-C charging port. The lid opens up easily using the provided indent and can be opened up one-handed as well. The magnets inside the case are fairly strong as well.

Despite being priced conservatively at Rs 4,999, the OnePlus Buds Z2 is brimming with features, especially for OnePlus device users. The headlining feature though is Active Noise Cancellation. According to OnePlus, the device’s three mics are capable of analysing environmental sounds and providing up to 40 dB noise reduction. You can choose between regular and Max ANC using the HeyMelody app, and we tested these earbuds on Max ANC. While the ANC on these earbuds definitely doesn’t come close to the premium heavyweights, it is pretty decent for the price.

Low-frequency, constant sounds such as an AC’s hum, a PC’s whir and more are cancelled out pretty effectively but you’ll easily be able to hear more erratic and high-frequency sounds such as traffic, human voices, and more. In our experience, the OnePlus Buds Z2 has slightly more effective ANC than the Nothing Ear 1, albeit the difference is minimal. As for Transparency Mode, the earphones do a good job letting ambient sounds in clearly, although it can sound slightly artificial at times. You can switch between ANC and Transparency using touch controls on the buds or via the HeyMelody app. 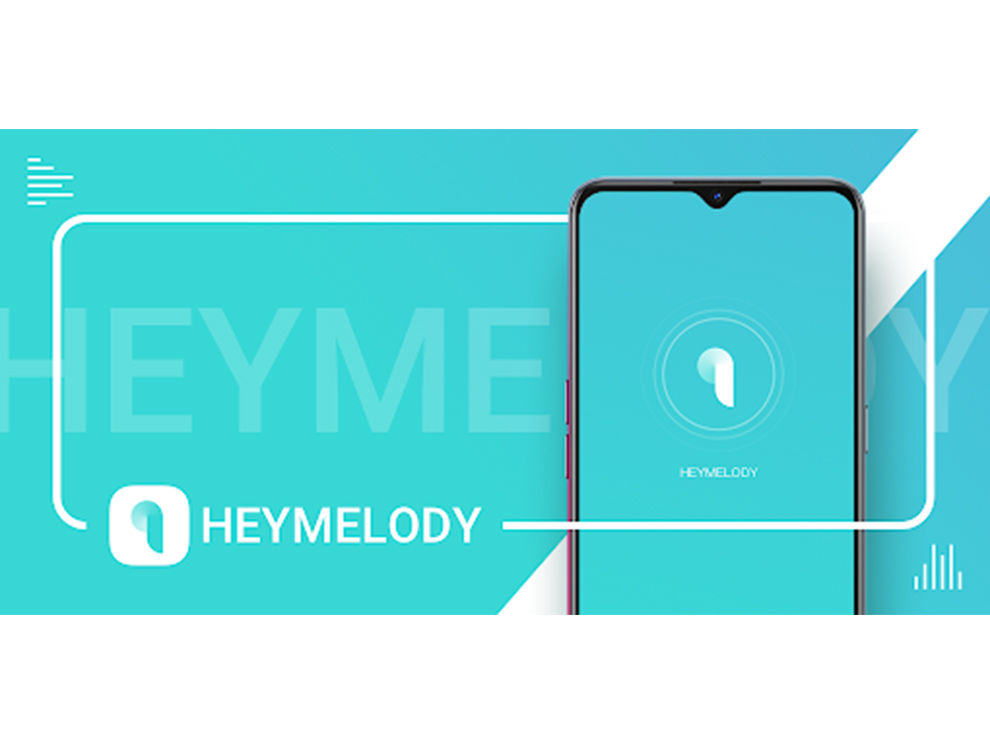 Speaking of the HeyMelody app, it is compatible with both Android and iOS features. If you’re using a OnePlus phone though, it is built into OnePlus’ firmware. Those without OnePlus devices can leverage a fair number of features via the HeyMelody app such as viewing battery status, switching between noise cancellation modes, performing an earbud fit test, customising touch controls, and performing firmware updates. The app allows users to set earbud controls as per their preference for a variety of actions including pause/play music, seeking tracks, switching between noise cancellation modes, and activating voice assistant. There is absolutely no way to integrate volume controls though, which is disappointing.

The app is also missing a customisable EQ, so users pretty much have to make do with the bloated bass response of the earbuds. You can also use the Find my device feature from Bluetooth settings to locate a missing earbud if needed, which is pretty convenient. There’s also a nifty feature called Quick Switch that will alternate between paired devices when triggered by pressing and holding the touch control for three seconds. 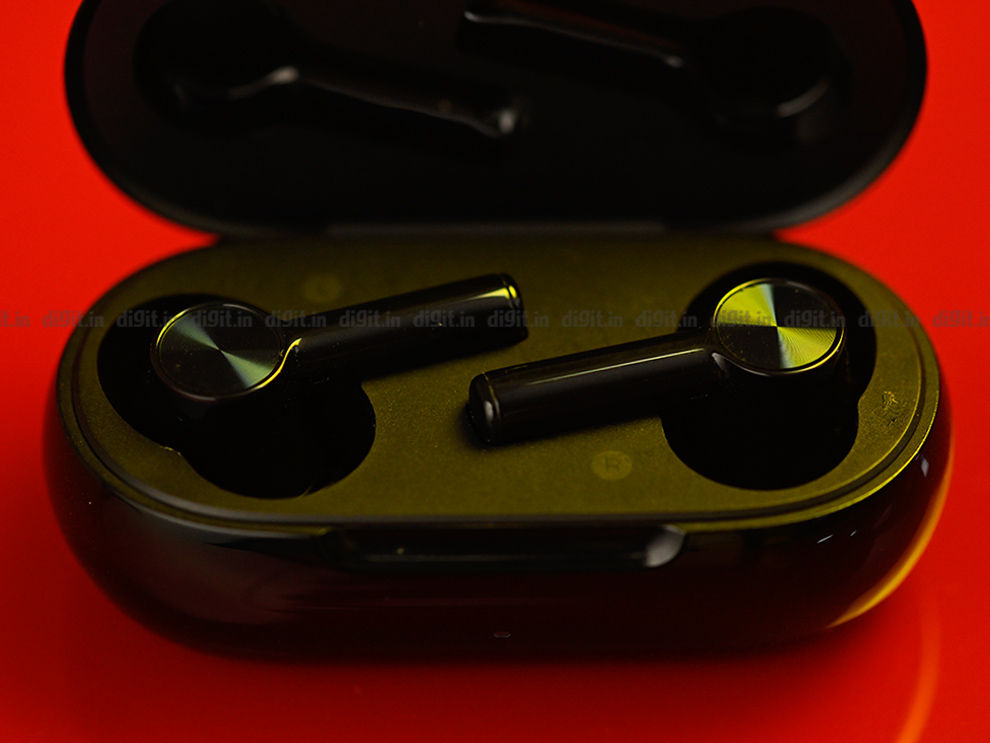 If you use a OnePlus smartphone, you’ll get access to a number of OnePlus exclusive features as well. First off, you get Dolby Atmos support that simulates a 3D soundstage and makes the sound more immersive. This is available on only select OnePlus phones though. You will also get low latency gaming mode support that lowers the delay to merely 94ms. Lastly, there’s also OnePlus fast pair that allows users to quickly pair the buds to OnePlus devices. However, even if you aren’t using a OnePlus phone, the buds support Google Fast Pair as well which works in a similar manner. However, if you’re using an iPhone, you will have to pair these earbuds manually.

As for other features, the OnePlus Buds Z2 are rated IP55 dust and water-resistant making them excellent for outdoor use or when working out. Not only that, but the charging case is also rated IPX4 which is usually a rare feature to find, let alone that this price. You also get automatic ear detection that pauses and plays music depending on whether the buds are inside your ear or not. There’s also mono earbud use, allowing you to use a single earbud independently while the other is inside the case. The OnePlus Buds Z2 are one of the most feature-laden TWS under 5K. The Sony WF-C500 that costs 1K more doesn’t come with ANC, transparency mode, or wear detection, while the Nothing Ear 1 that also costs 1K come with all these features.

The OnePlus Buds Z2 comes equipped with 11mm drivers, an improvement over its predecessor’s 10mm drivers, and it has a frequency response of 20Hz – 20kHz. In contrast, the Sony WF-C500 sports 5.8mm drivers while the Nothing Ear 1 comes with 11.6mm drivers. As for audio codecs, the earbuds support the SBC and AAC formats which prove to be more beneficial for iOS users since the iPhones are better optimised with the AAC codec. However, even if you do use an Android phone, the experience is almost as refined.

The earbuds sound signature is heavily bass-biased with overemphasised highs as well, so the mids do tend to take a backseat in the mix. We tested these earphones with our specialised equipment to generate a frequency response graph of these earbuds. In the graph, you can clearly see that the bass region from 20 – 250Hz is massively boosted in comparison to neutral as well as the Nothing Ear 1 and Sony WF-C500’s response in this region.

The resulting sound signature is a lows-heavy sound that may sound boomy and muddy at times. The sound signature is similar to that seen in budget earphones from brands such as boAt, JBL, and a few others. While the Indian consumers may enjoy this bass-forward sonic signature, especially with genres such as pop, rap, EDM, and Bollywood, purists or audiophiles will likely be turned off by the aggressive bass. The mids, by themselves, are well-produced with good clarity and a fair amount of detail, however, the aggressive lows do heavily overshadow them and mask details in vocals and lead instruments.

The highs are boosted so elements such as cymbals and hi-hats sound forward in the mix, but there’s a prominent spike with a sharp drop off around the 5-6kHz mark that does cause some shrillness. Overall, the earbuds’ sound quality is somewhat let down by the overly aggressive bass response, but bass lovers will definitely enjoy this sound signature. However, if you prefer a more detailed and balanced sound, go for options such as the Nothing Ear 1 and the Sony WF-C500. If you can extend your budget by 2K, you can even go for the excellent-sounding Lypertek PurePlay Z3 (previously known as Lypertek Tevi). 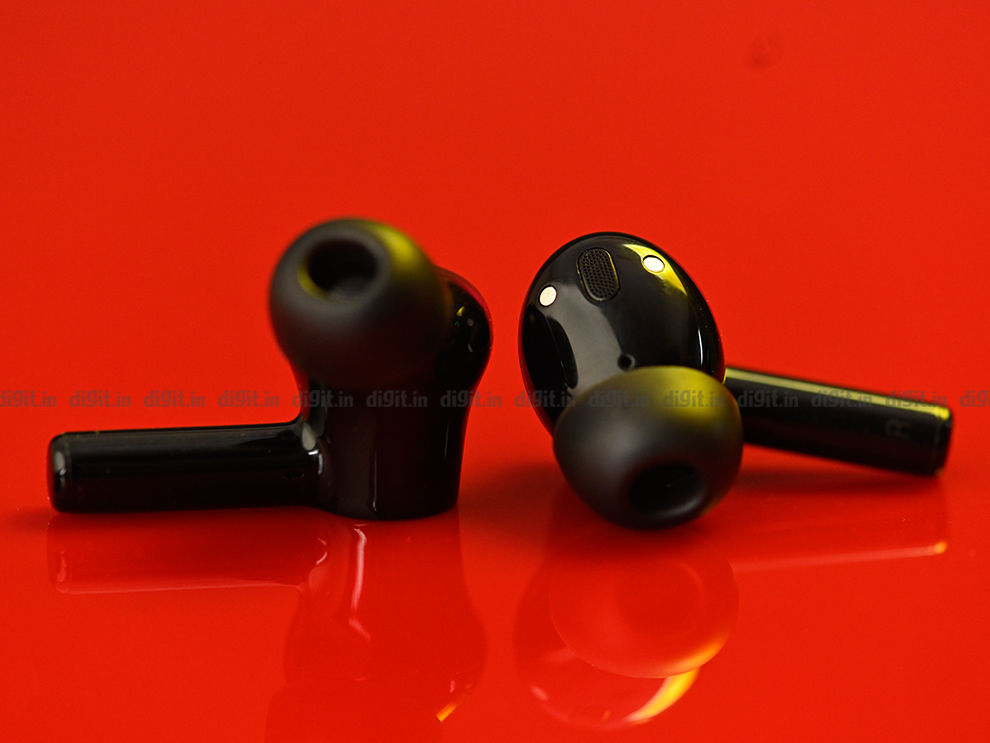 The OnePlus Buds Z2 is equipped with three beamforming, ENC microphones that do a good job when making phone calls or recording your voice. The voice relayed by the mics sounds clear and pretty natural, for the most part. It doesn’t sound muffled or distant. The microphone set up on these earphones is better than the Sony WF-C500 that sounds a bit too thin and it is on par with the Nothing Ear 1. If you are in a noisy location, the mics do pick up surrounding noise and relay them, but they do suppress wind to a degree.

As for wireless connectivity, the earphones are powered by Bluetooth 5.2 and have a solid wireless range. The connection process is seamless via Google Fast Pair or OnePlus Fast Pair. There were no lags or stutters when using the earphones and we found the connection to be quite reliable. There is very slight latency or delay when watching videos though. However, OnePlus phones have access to 94ms gaming mode which should alleviate this issue. If you’re using a non-OnePlus device, you will have to make do with some latency, albeit it’s not too jarring at all.

OnePlus devices are renowned for their exceptional battery life and charging abilities and the OnePlus Buds Z2 is no different. OnePlus has rated the battery life at 7 hours on the buds alone (without ANC), and a whopping 38 hours of playtime with the buds and charging case combined. With ANC turned on, these numbers drop to 5 hours on the buds alone and 27 hours in total, which is still astoundingly good. 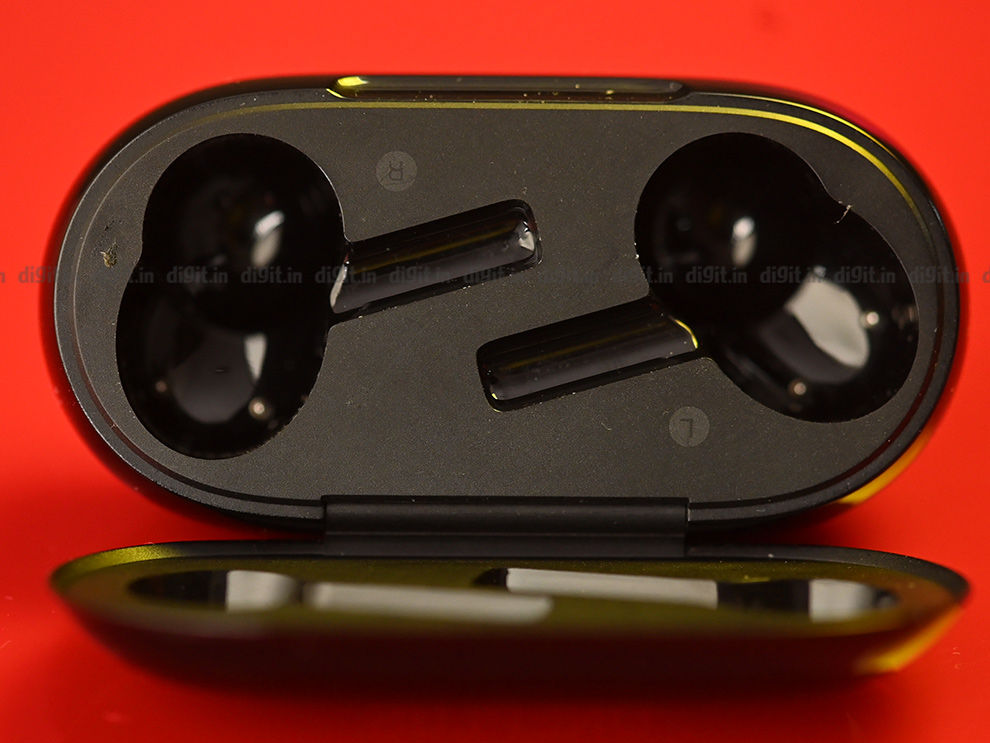 In our tests, with ANC turned on and the volume levels set to 50 per cent, the buds lasted for 4 hours and 50 minutes, which is extremely close to OnePlus’ estimate. Also, the case provides not one, not two, but 4 additional charges with some juice still left to spare incredibly. In comparison, the Sony WF-C500 has merely 20 hours of total playtime. However, the Nothing Ear 1 comes close with its 34 hours of total wireless playback time.

OnePlus has also integrated Flash Charge that provides a whopping 5 hours of playback (case and earbuds combined) by just charging the earbuds for 10 minutes. However, do note that these high charging speeds can cause battery degradation quicker, meaning you may have to buy a new TWS in a couple of years.

The OnePlus Buds Z2 are one of the most complete all-rounders you can find under 5K with a plethora of features, excellent battery life, and good ANC. If you have a OnePlus device, you get access to even more features such as Dolby Atmos support and low latency gaming mode. However, the sound quality is extremely bass-forward and will only appeal to bass lovers.

Still, there are very few earphones that offer better sound at under 5K, so we would absolutely recommend these earphones to those willing to spend 5K on TWS earbuds. However, if you are willing to extend your budget by 1K, the Nothing Ear 1 is an equally enticing package with similar features and a more balanced sound signature. The Sony WF-C500 are also excellent sounding earbuds under 6K, but you will miss out on features such as ANC, wear detection, and more.