There are smartphones, and there is the iPhone!

It’s something that I’ve been told over and over again, to a point where I feel it has become part of my conditioning as a gadget reviewer. Yet, I stand here, holding the iPhone 13 Pro in my hands, asking myself the same question that I asked while holding the iPhone 12 Pro last year — is the latest iPhone just that much better than the best that Android flagships have to offer today?

Well, if I’m being completely honest, over the past few years, I’ve felt my answer leaning progressively towards a no. But will that progression be followed this year with the iPhone 13 Pro, or will I finally feel it’s time for me to accept that there are smartphones, and then there is the iPhone?

Through this review, I’ll try and answer this question for myself, and in the process, hopefully, help you understand if the iPhone 13 Pro is indeed the phone for you. So without wasting any time, let’s get to the review of the iPhone 13 Pro. 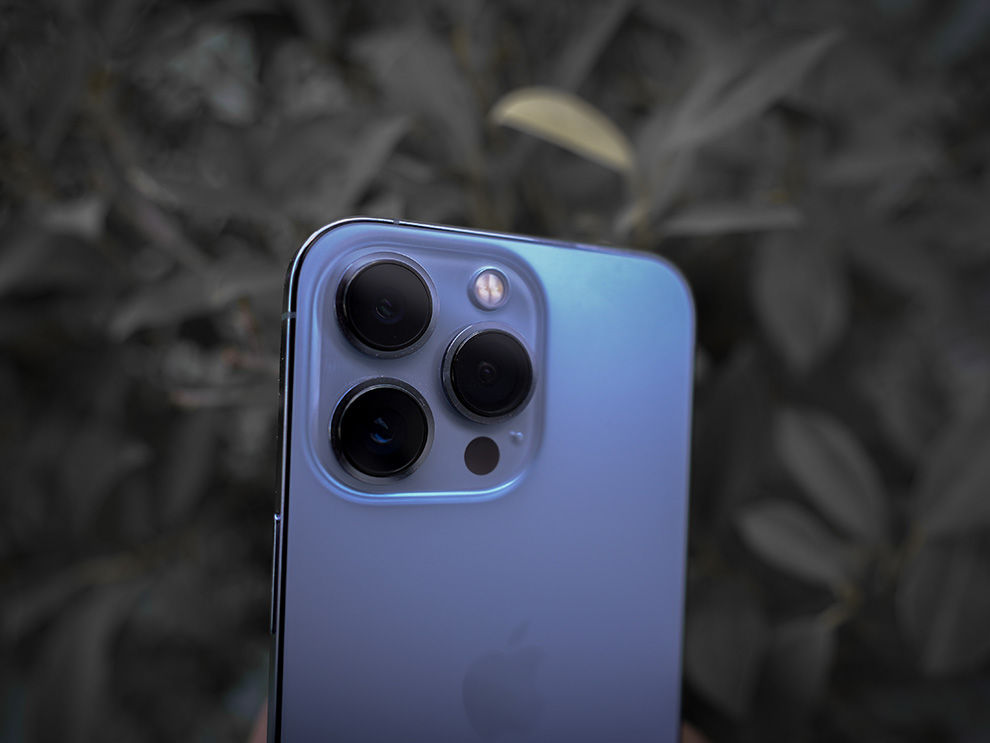 Let’s start with what I believe is the most striking thing about the iPhone 13 Pro — Its big, bold and beautiful display!

The iPhone 13 Pro comes with the same 6.1-inch display that’s also found on the iPhone 13. Both of these are Super Retina OLED panels running at the same resolution (1170 x 2532 pixels). In fact, the aspect ratio of the two panels as well as their pixel density is also exactly the same at 460ppi. Apart from this, both the iPhone 13 and the iPhone 13 Pro displays come with support for wide colour gamuts and also True-tone, a lighting feature on iPhones that adjusts brightness and colour based on your surroundings.

But the similarities end there.

However, the biggest difference between the two displays this year is that the iPhone 13 Pro gets what Apple is calling the Pro Motion Display. This is essentially Apple’s take on high-refresh-rate technology which has now finally made its way to iPhones with the iPhone 13 Pro models. This enables the phone to dynamically switch between multiple refresh stops between 10Hz and 120Hz depending on the content the phone’s display is handling. 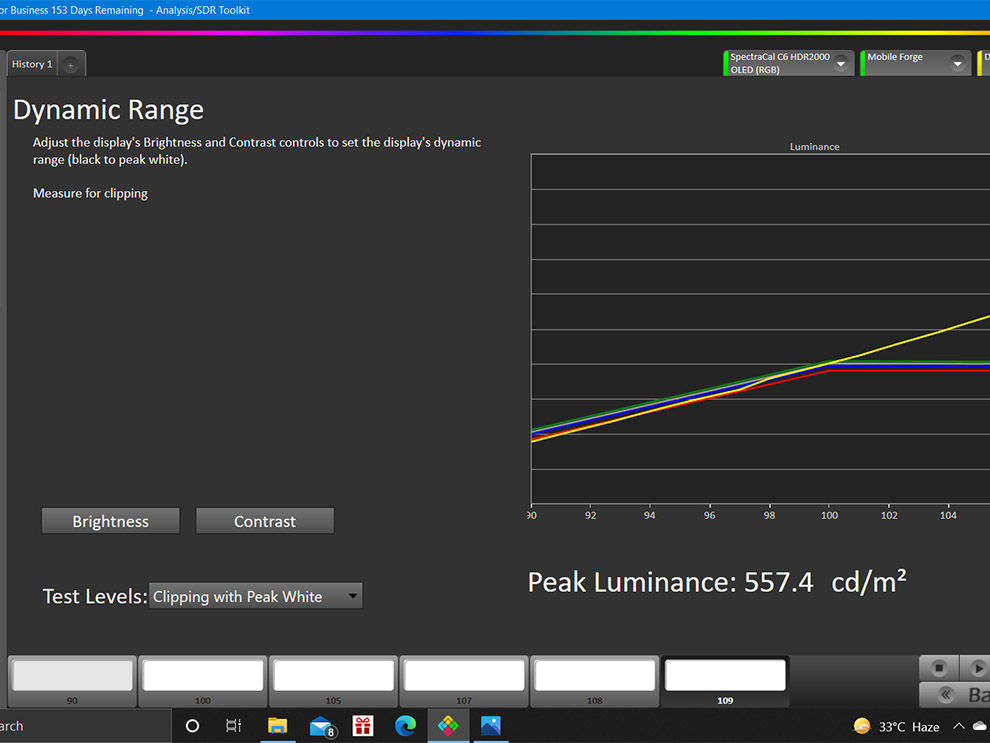 As an end-user, the ability of the iPhone 13 Pro to display content at fast refresh rates, is something I appreciate. To explain why I’d simply urge you to look outside and see just how fast refresh rate displays are taking over the world of displays. On smartphones, fast refresh rate displays offer a lot of benefits, including improving gaming and the day-to-day experience of using the device. But unlike a lot of its Android counterparts, Apple’s decision to make this completely dynamic in nature gives the iPhone 13 Pro a unique advantage over its competitors.

But away from the competition, how does the iPhone 13 Pro’s display perform in day-to-day life and benchmarks?

Well,  the answer to the first part of the question is not at all complicated. In our time with the phone, we found the iPhone 13 Pro’s panel to be one of the best we’ve used in a long time. It looks vibrant, the colours pop and it also gets plenty bright, all without losing colour accuracy. The iPhone 13 Pro in this respect lives up to Apple’s claims of providing great visual experiences at all times and in all conditions. 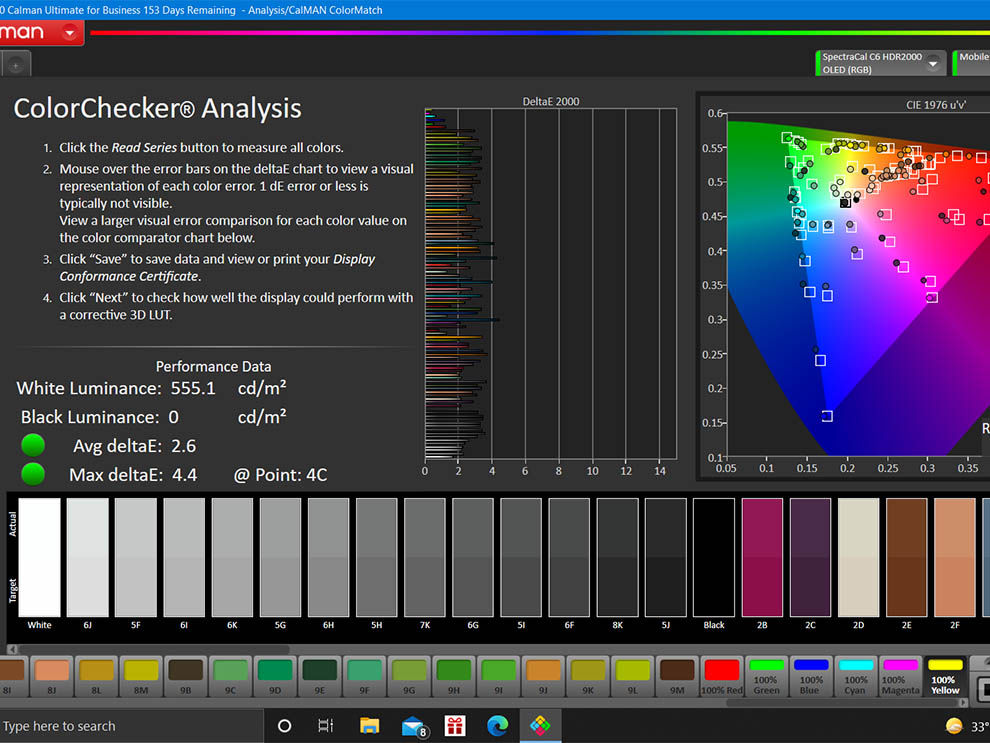 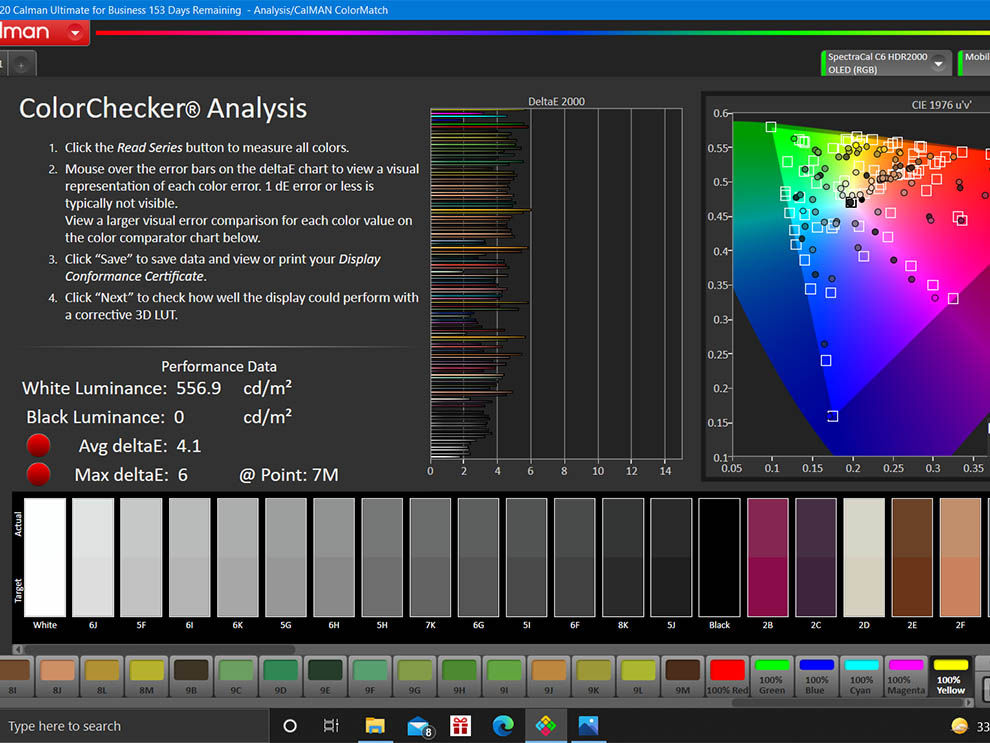 However, things did get a little confusing when we tested the phone’s display using Calman Ultimate paired with Spectracal C6 colourimeter. In the ColorChecker Analysis, the iPhone 13 Pro threw up good results for sRGB content with an average DeltaE of 2.6 and max within acceptable levels — DeltaE of 4.4. Results were a little less impressive for HDR content as the phone threw up an average DeltaE 4.1 and a maximum of 6.

iPhone 13 Pro’s display is also very well-calibrated and works very close to the average correlated colour temperature value of 6500. However, the iPhone 13 Pro did show some error in RGB balance, with blue and red shades not given almost equal preference. This is because the tests showed the iPhone 13 Pro has a very slight bias for reds — something we feel affects the colour accuracy of the phone when playing HDR content. As far as gamut coverage goes, the iPhone 13 Pro offers good coverage across the sRGB and DCI-P3 space, with all of these things coming together to create good visual experiences. 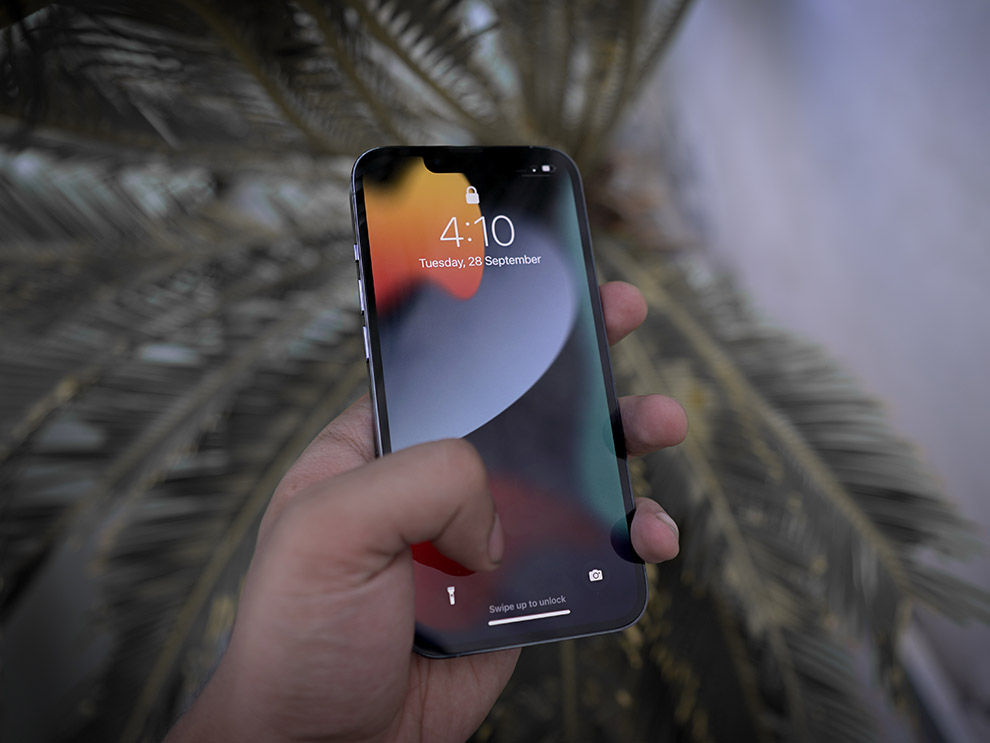 Apart from the display, there’s a lot to the iPhone 13 Pro in terms of visual appeal. This is because, for the iPhone 13 Pro, Apple decided to not mess with what appears to be a winning formula. Despite having taken its design cues from the iPhone 12, the iPhone 13 Pro manages to look desirable and even slips in a few points of differentiation that iPhone fanboys will be able to spot. The first is a smaller notch, and the other big change is the arrangement of the lenses in the camera module.

For the former, we have a what is a notch that’s about 20% smaller than before. This does not make itself visible at all times, but it definitely contributes to creating a more immersive experience on the phone while watching movies or playing games. The latter doesn’t have such an impact on the aesthetics of the phone, however, it still remains the major design upgrade on the iPhone 13 Pro over last year’s iPhone 12 Pro. There are other changes too in terms of design, but they don’t add to the visual appeal of the phone.

For example, the iPhone 13 Pro comes with Ceramic Shield on top of the display, which according to Apple is more resistant than other screen security solutions. There’s also IP68 water and dust protection to help protect it from a lot of unwanted damages. 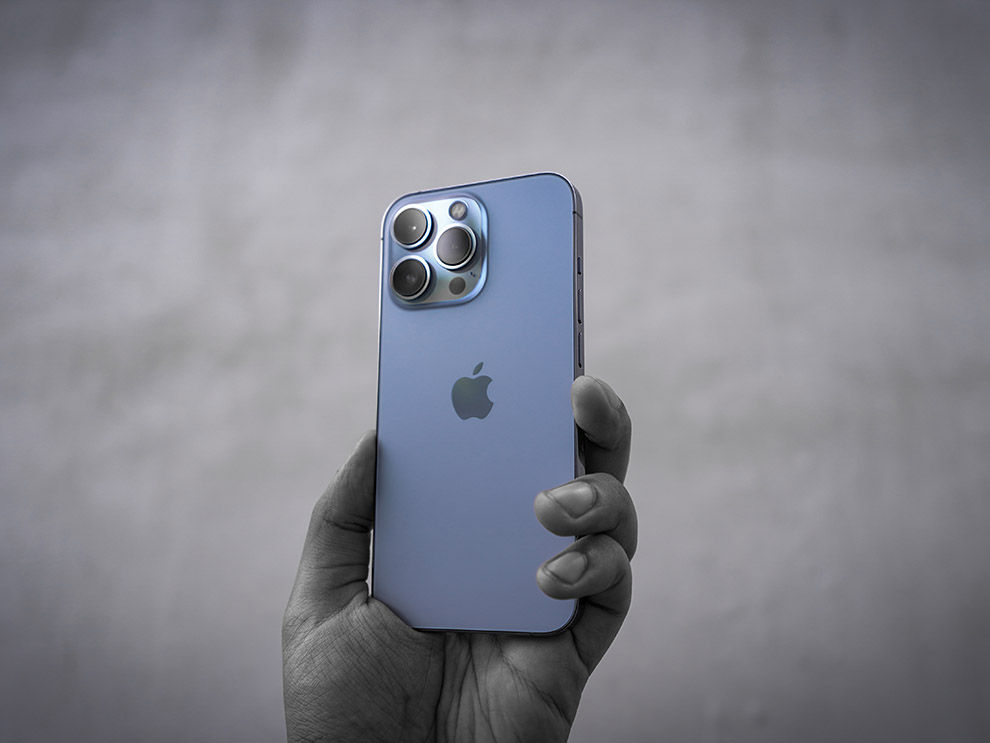 The iPhone 13 Pro also offers a lot when it comes to performance. This is because the new phone offers an upgrade on the already powerful chipset found on the iPhone 12 Pro last year. Yes, the iPhone 13 Pro gets Apple’s new A15 Bionic SoC that promises some serious upgrades over its predecessor, and more importantly, its biggest competitor, the Qualcomm Snapdragon 888 SoC. But, that’s not it.

The biggest performance upgrade this new chipset brings is in the GPU department, with the A15 Bionic claimed to bring improved performance over its predecessor. However, what’s more interesting, is the fact that the A15 Bionic used on the iPhone 13 Pro is also an upgrade on the chip used on the non-pro models of the iPhone 13 series this year. Or at least that’s the case when it comes to pure processing power. 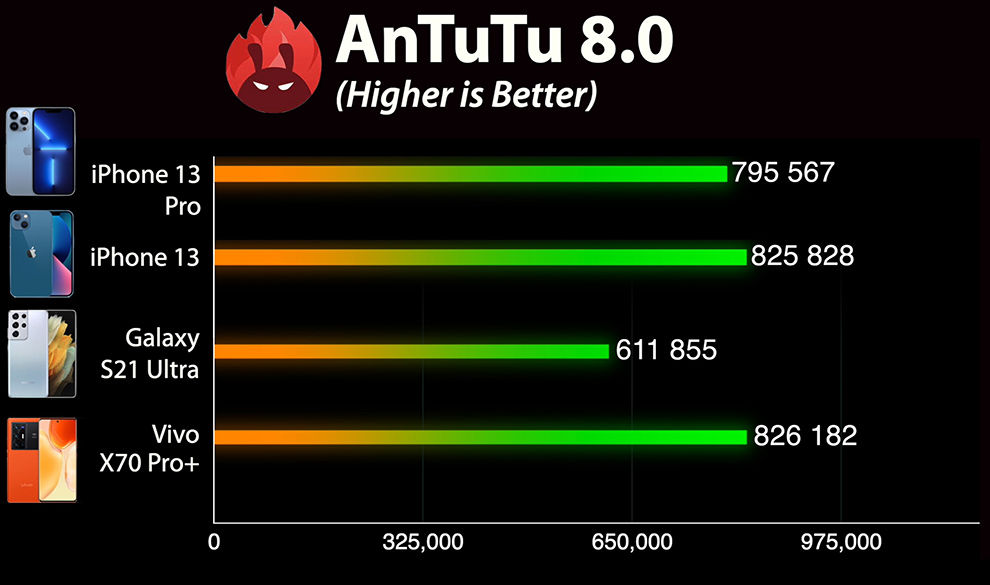 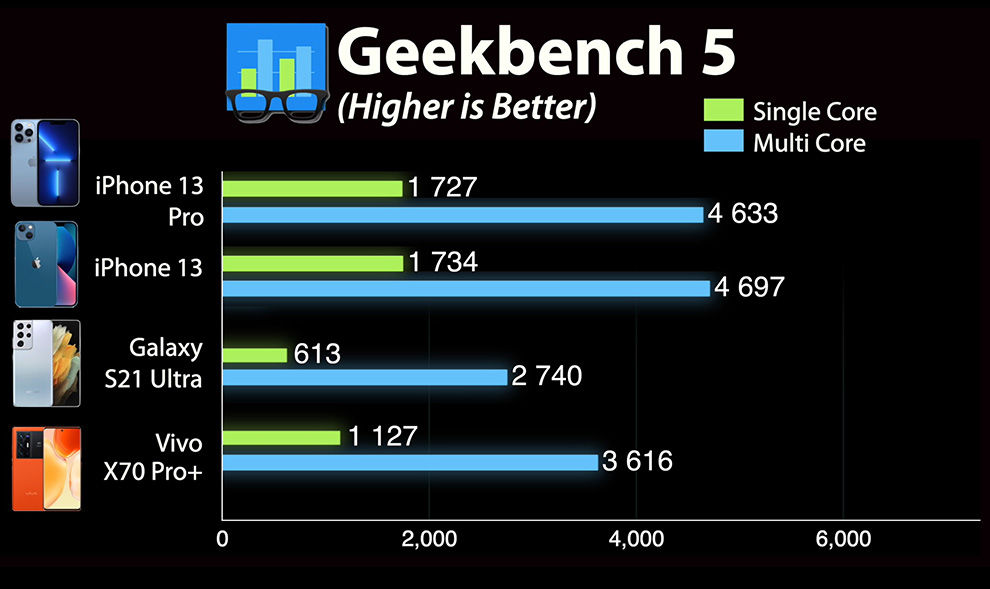 Our performance testing also saw us examine the battery prowess of the iPhone 13 Pro. Here the results were as expected, with the iPhone 13 Pro proving to be an absolute winner in this department. In our time with it, we achieved stellar standby times on the iPhone 13 Pro, with the phone also lasting well over a day on moderate usage. This performance is the result of multiple factors, including a well-optimised chipset in the A15 Bionic, and an LTPO panel on the phone which allows for variable refresh rates, and subsequently improved battery life. The phone also comes with a big 3,095mAh pack, that’s again an upgrade over the one found on the iPhone 12 Pro, thereby helping the newer device establish its superiority in the battery department. The only gripe we have here is that the phone does not support true modern-day fast charging as it caps out at 20W. 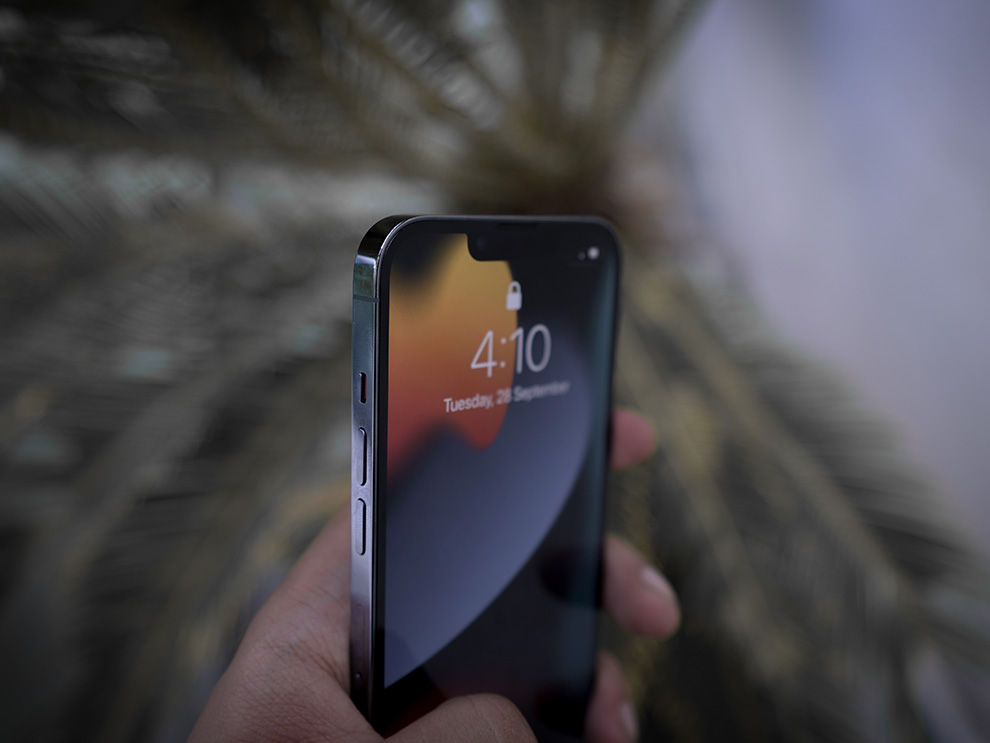 In terms of performance, all three leave you with very little to desire. Both the primary and the ultrawide lenses offer some of the best shots that any smartphone can click today. The iPhone 13 Pro’s lenses working in tandem with the new A15 Bionic chip’s computational photography algorithms produce fantastic results. The resultant shots capture a lot of detail and accurate colours. 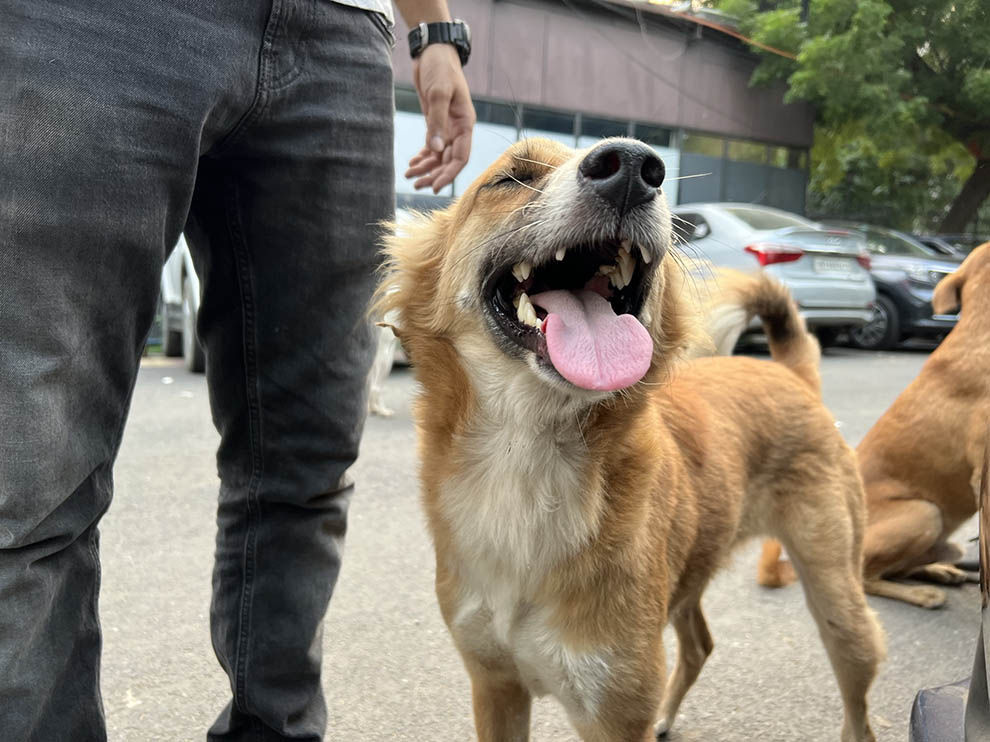 Both the lenses are backed by the efforts of the 3D LiDAR scanner, which makes them quick to focus on subjects. These lenses are also very light-sensitive, making them great for use in all lighting conditions. The iPhone 13 Pro also comes with a dedicated night mode which gets the job done in darker scenes, all while producing photos that are sharper and less prone to handshaking than what could be captured on the iPhone 12 Pro last year. This is particularly the case with the ultrawide camera on the new iPhone. 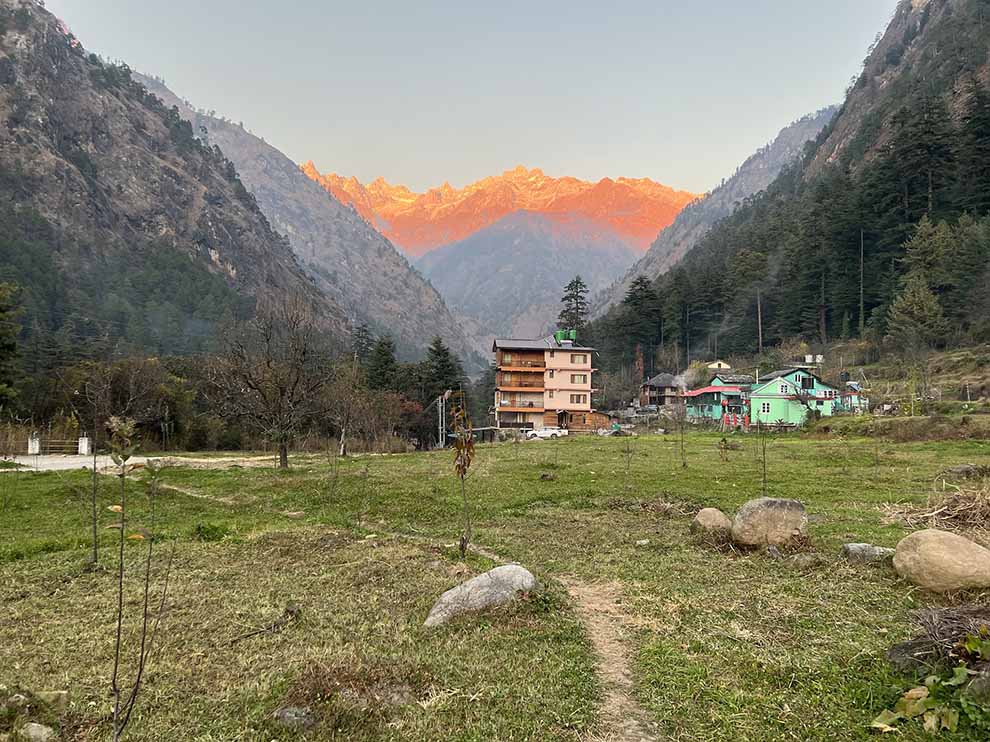 Apart from this, the new telephoto lens offers 3x optical zoom that’s better than the magnification on the iPhone 12 Pro. However, it’s still not in the same league as Android flagships such as the Galaxy S21 Ultra which comes with a mind-boggling 10x optical zoom lens. Yet, despite this, the phone can still do really good telephoto shots, that’ll be more than good enough for most users.

Last, but not least, we now also have support for macro shots on the iPhone 13 Pro. For anyone who loves taking macro shots, this is a big upgrade that can help you click striking pictures. Suffice to say, it’s something we’ve loved on Android phones in the past, and we’re glad that it’s now on iPhones as well. 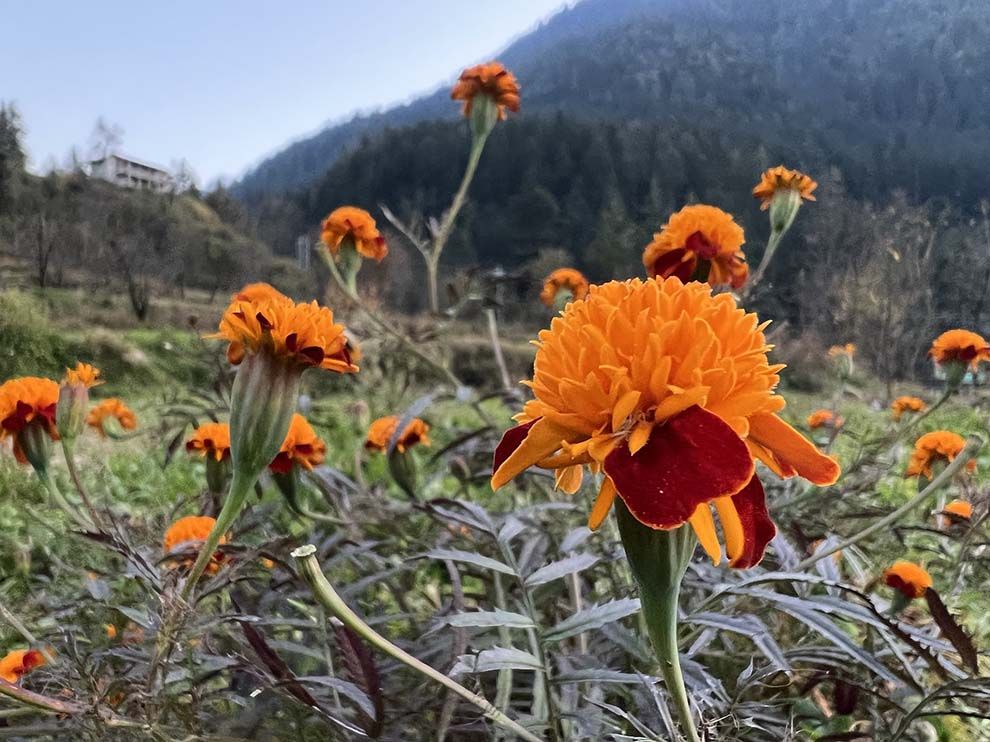 Talking about the selfie lens, we have another 12-megapixel camera on the front of the phone, which can capture a good amount of detail and accurate colour tones. There’s no oversharpening of textures as well, thereby making it good for clicking selfies in well-lit situations. 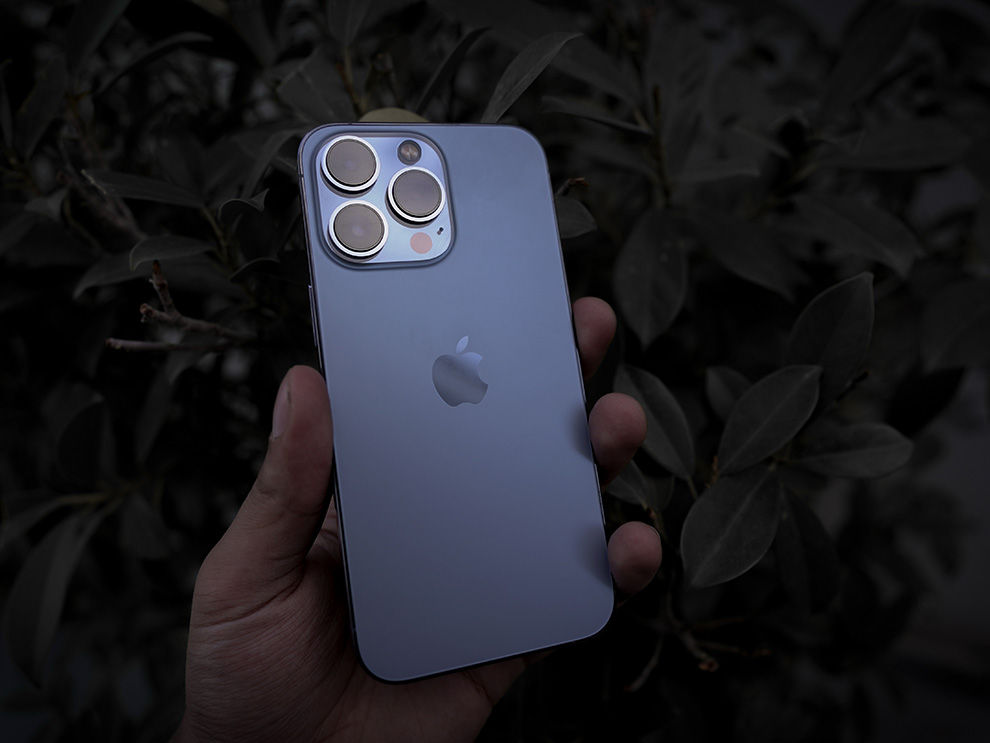 There are many reasons to buy Apple’s latest iPhones. But, the biggest in my opinion is the iPhone’s ability to serve as a window into the future of smartphones. Sadly, however, that’s not really the case with the iPhone 13 Pro.

Despite being a stellar piece of technology, the iPhone 13 Pro is not the most forward-looking phone that you can buy right now. That crown this year is reserved for the foldables from Samsung — two phones that are high on innovation but are still not recommended because of their shortcomings.

But that does not mean, it’s still not the phone for the here and now. In fact, as a sum of all its moving parts, the iPhone 13 Pro is arguably the best smartphone in the market right now. It offers great cameras, powerful performance, a brilliant display and a big battery. These combined make the iPhone 13 Pro a brilliant buy. The only catch here is, is it affordable?.

But then again, an iPhone is an iPhone. As I’ve found out over the years, for someone who really just wants to buy an iPhone, dissecting the cost of premium services serves no purpose. For such buyers, the iPhone 13 Pro comes highly recommended. It is a definite upgrade over the iPhone 12 Pro, is also the best iPhone this year, and to top it off, also a better buy than all that the world of Android smartphones has to offer at the moment.