The Redmi K50i marks the return of the Redmi K-series India three years after the Redmi K20 series which turned out to be quite the bestseller for Xiaomi with shipments exceeding over 4.5 million units globally. While Redmi didn’t launch a K-series phone in these past few years in India, still they have been making their way to India in the form of rebranded Poco phones like the Poco F3 GT which goes by the name Redmi K40 Gaming in China. Nevertheless, Redmi is here to stake its claim back in the sub-Rs 30,000 price segment and its weapon of choice is the Redmi K50i with its powerful feature set. But does it have enough style and substance to follow the legacy of the Redmi K20 series? That’s what we’re going to find out in this Redmi K50i review.

Redmi K50i review: In the box 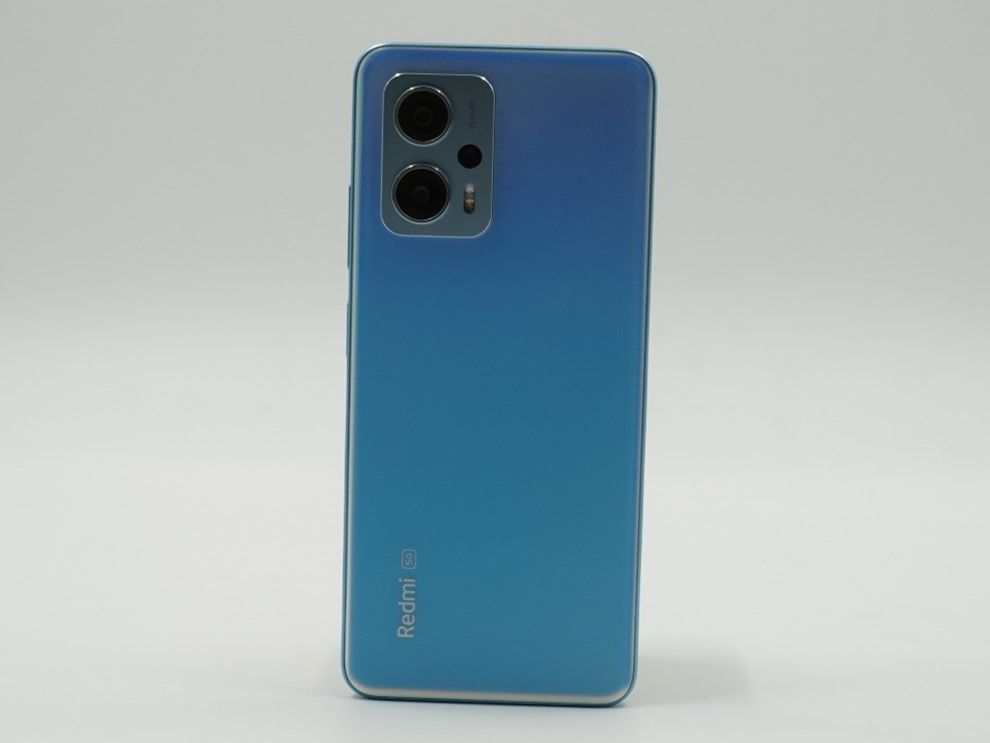 The Redmi K50i has a plastic frame with flat edges and a slightly curved back panel which is great for ergonomics. It measures 8.9 mm and weighs 200 grams but doesn’t weigh your hand down at all. It is comfortable to hold in the hand for daily use and the back panel gives good support when held in landscape mode while gaming. 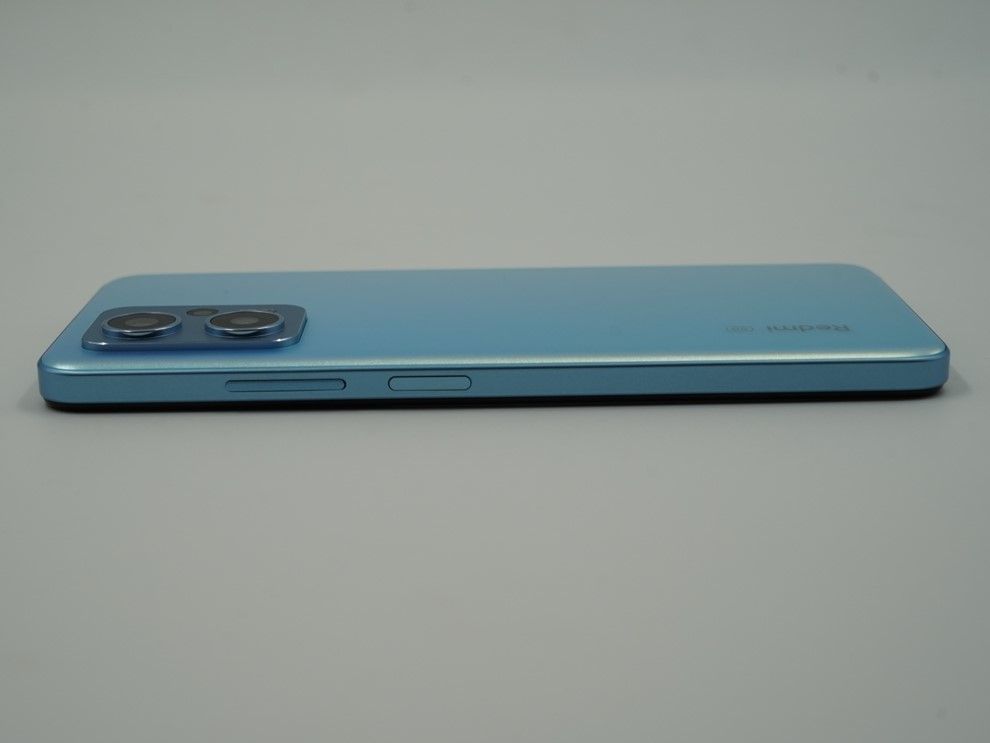 The Redmi K50i is being offered in three colours Stealth Black, Phantom Blue and Quick Silver. The black version has a soft-touch matte finish while the blue and silver colours have a shimmering gradient effect which changes as the light shifts. Being a Redmi K-series phone, the K50i doesn’t have any of the iconic markings of the K20 series and it doesn’t stand out from the crowd in the way the K20 series did. So keep that in mind if you want your phone to have a different design language in this sea of similar-looking phones. 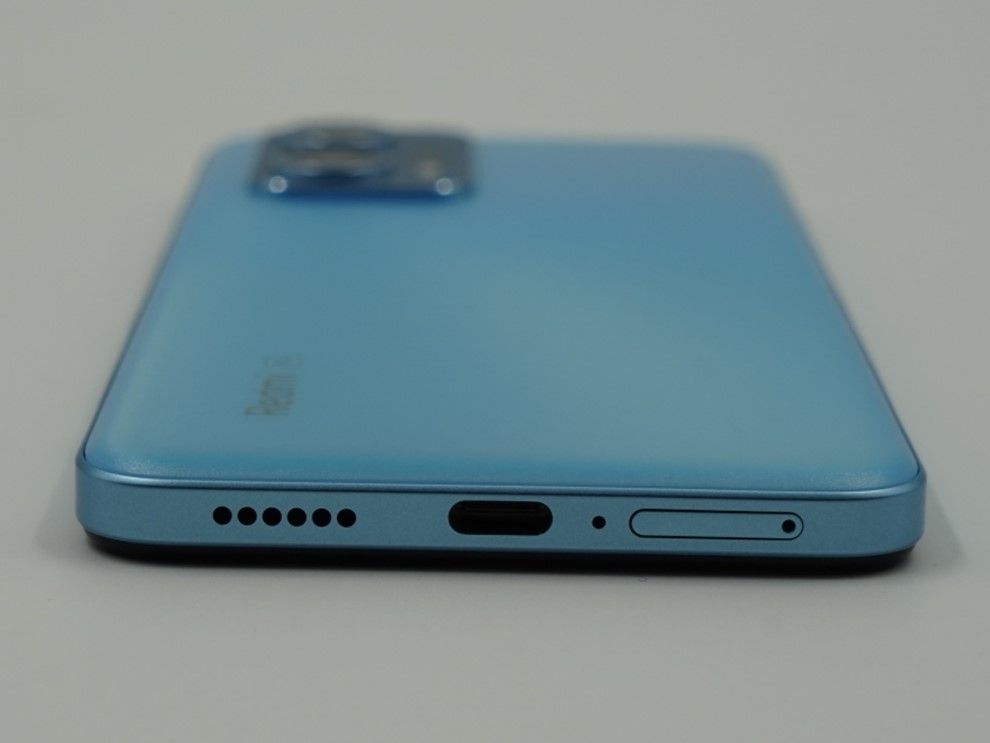 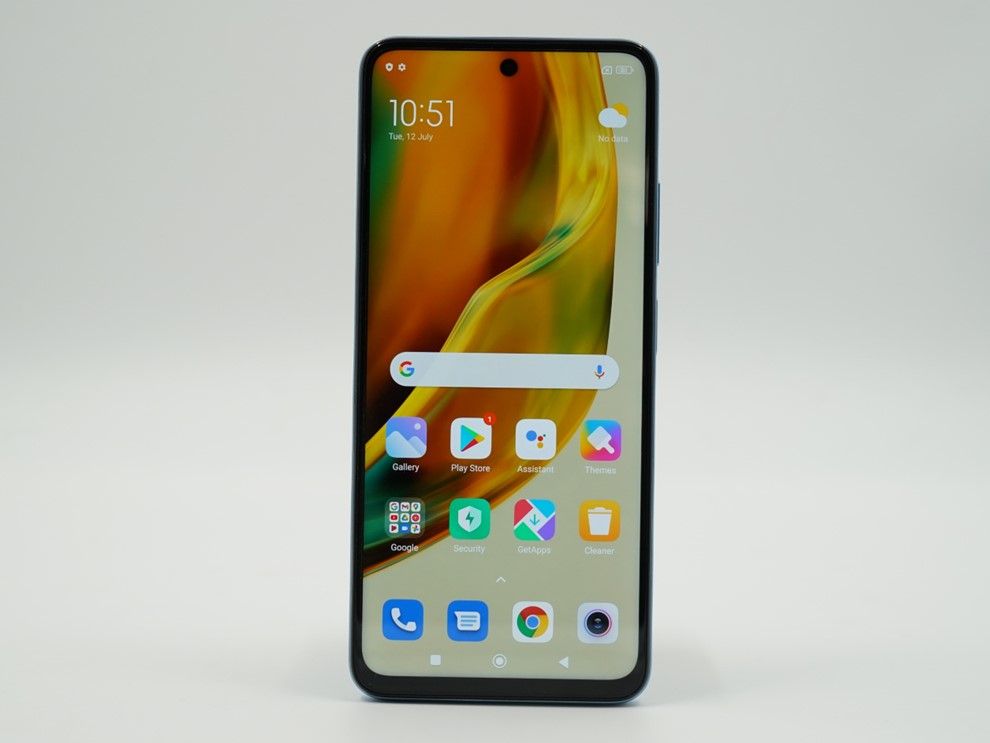 The Redmi K50i has an FFS LCD display where FFS stands for Fringe Field Switching. This isn’t a new technology per se but you won’t find many smartphones using this LCD technology. FFS LCD panels have low operating voltage which makes them efficient and not a battery hogger. It also offers wider viewing angles than normal LCD panels and has high response times. All said and done, it’s still not up to the standards of an AMOLED screen which is a bummer in my opinion.

The display is decent enough to watch something on YouTube or even a movie on Netflix since it is HDR10 and Dolby Vision compliant. The refresh rate can go up to 144Hz which is great since it allows for increased smoothness but not many games can benefit from such a fast refresh rate yet. In our tests, the display on the K50i can go upto 604 nits of maximum brightness which is a bit lower than the company’s claim of 650 nits. Since it’s not an AMOLED panel, it doesn’t exhibit pitch black colours and the minimum brightness is around 3 nits.

The Redmi K50i draws all its power from the Dimensity 8100 chipset which gives it a solid boost in day-to-day usage. This phone is fast and smooth and when it comes to the raw performance, it leaves the competition in the dust. The K50i has more than enough headroom to power through gaming titles like COD Mobile, Genshin Impact, Apex Legends and more which is great for those who play a lot on their phones, sometimes for hours at a stretch. The audio performance of the K50i is decent and nothing extraordinary, but it’s great to see that the K50i doesn’t do away with the 3.5mm audio jack. 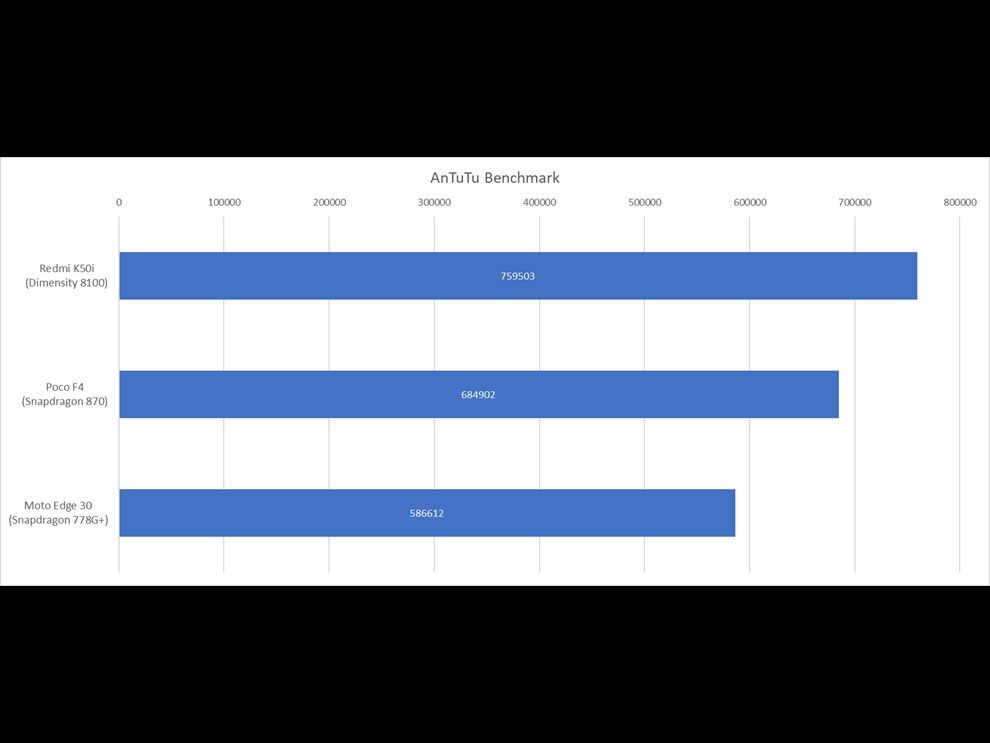 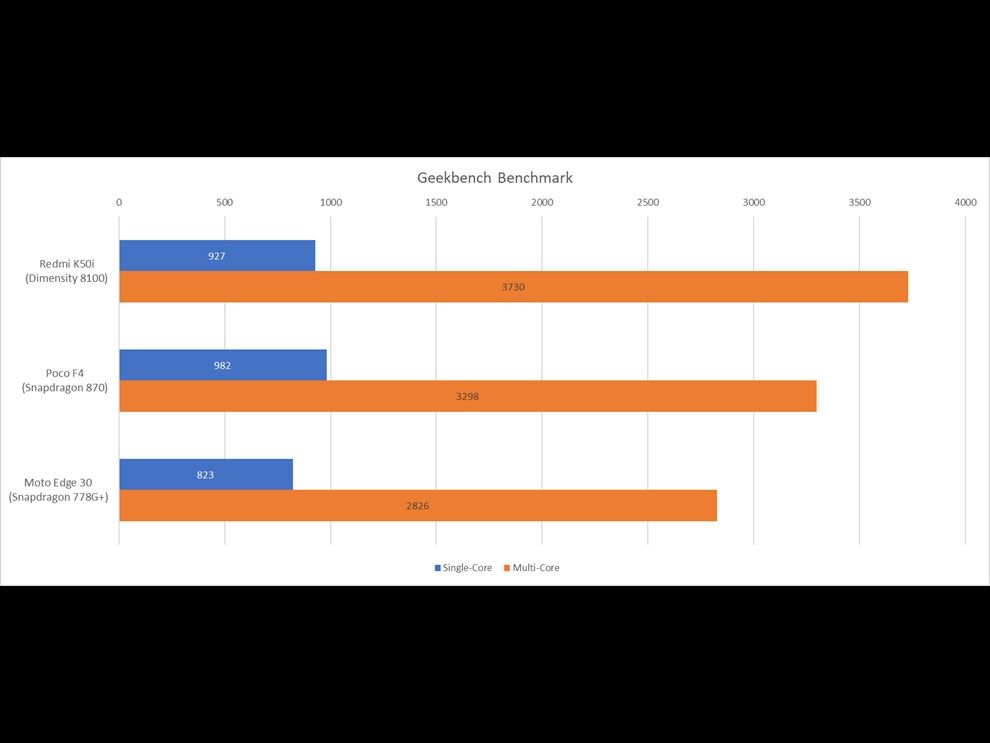 In our usual round of testing, the Redmi K50i with its Dimensity 8100 chipset got around 10% better AnTuTu score than the Poco F4 with its Snapdragon 870 and almost 30% better score over the Moto Edge 30 with the Snapdragon 778G+. In the Geekbench single-core test, the K50i and the Poco F4 got comparable scores but in the multi-core test is where the K50i has a lead over the other two phones. We also ran multiple rounds of CPU throttling tests wherein the K50i constantly proved itself to be a stable performer that’s capable of handling thermals with ease.

The K50i has a sizable 5,080mAh battery which can easily last a day if you’re someone who’s regularly taking pictures, watching videos, playing games and checking your social feeds. However, if you’re a casual user, you can easily get over a day’s worth of use, especially with the stand-by optimizations in place. In our video loop test, the K50i lasted for around 10 hours and 50 minutes which more than proves its efficient battery performance. It takes around an hour to fully charge the K50i from 0-100% which will be decent enough for most users. 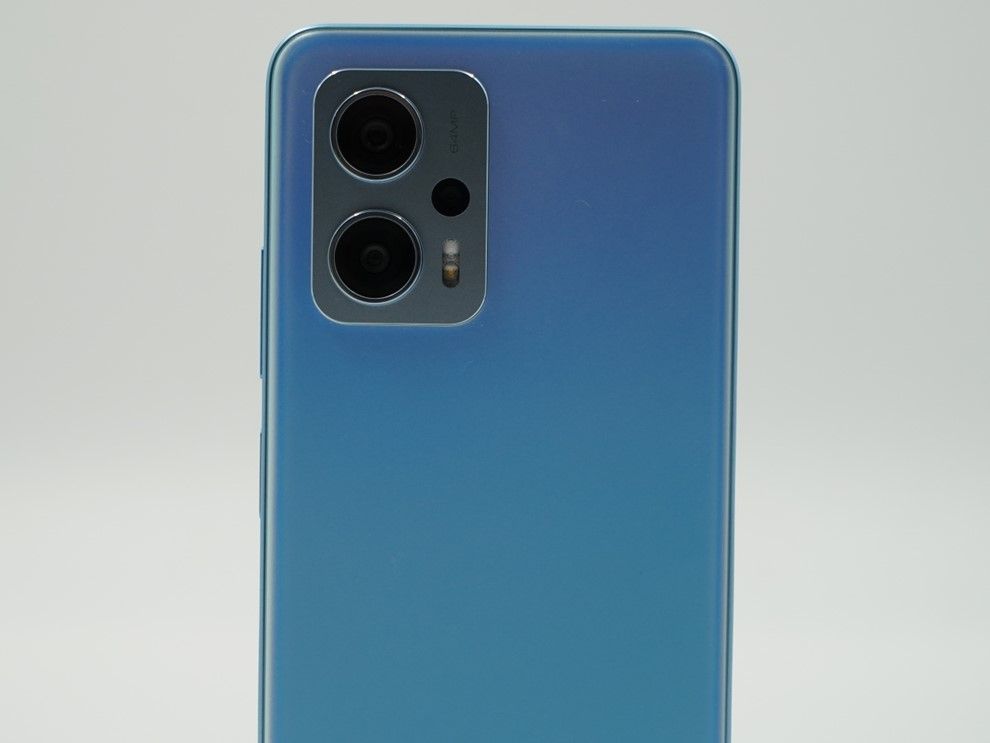 The camera performance of the Redmi K50i is nothing to write home about. In typical Redmi fashion, the K50i produces decent sharp-looking pictures in daylight but fails to impress at night. The colours and dynamic range are on point for the most part but when shooting at night, it’s the main camera which shines the most. The pictures are vibrant from the get-go and you can get an Instagram-worthy image without much effort.

The ultra-wide camera manages to capture details in the middle of the frame but as you move away and towards the four corners you’ll notice barrel distortion effect as well as purple fringing on the edges. Similarly, at night, the ultra-wide camera has a lot of noise and an influx of artefacts along with lens fringing. Meanwhile, the macro camera produces pictures with washed-out colours and it’s mostly a hit-and-miss affair. Images from the selfie camera are workable but you won’t find many details when you go pixel-peeping. 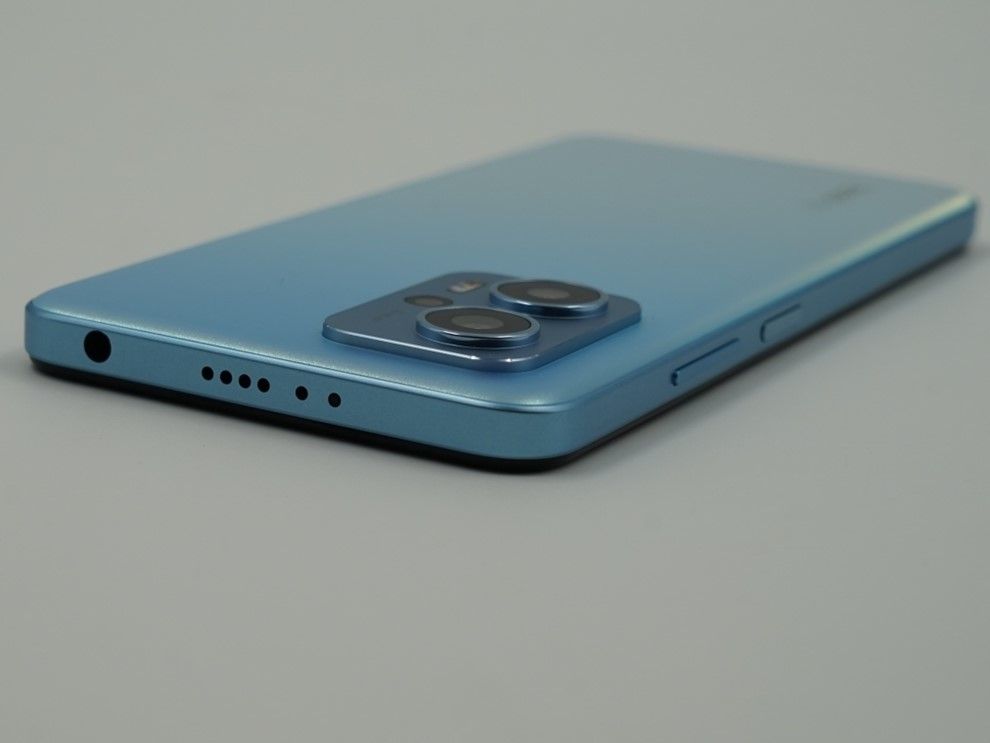 The Redmi K50i is a very capable smartphone that doesn’t skimp on performance and offers an efficient battery life. While it doesn’t have the marquee features of the K20 series, wherever the K50i compromises it more than makes up for it with raw performance and gaming chops. While the FFS LCD screen doesn’t match the viewing experience of an AMOLED screen, you won’t mind it for some casual watching. If you’re out in the market looking for a performance-driven phone, the K50i is one of the best phones you can get right now. Some of the other phones you can check out are the Poco F4, OnePlus Nord 2T and Motorola Edge 30.